Transcending Tradition – Jewish Mathematicians in German-Speaking Academic Culture is an international exhibition produced by the History of Science Working Group at Goethe University Frankfurt/Main. The exhibition explores the working lives and activities of Jewish mathematicians in German-speaking countries between the legal and political emancipation of the Jews in the 19th century and their persecution in Nazi Germany. It highlights the important role Jewish mathematicians played in all areas of mathematical culture during the German Empire and the Weimarer Republic and recalls their emigration, flight, or death after 1933.

The 7ECM are organizers happy to announce the cooperation between the History of Science Working Group at Goethe University Frankfurt/Main and the Jewish Museum Berlin, where the exhibition will be on display for the time of the congress and beyond.

The museum fee is included in the 7ECM conference fee. Please show your personal conference badge at the entrance.


Opening Ceremony
The official opening will take place at the Jewish Museum Berlin on 17 July 2016.

16:00 Keynote by Liba Taub Director and Curator of the Whipple Museum of the History of Science, Cambridge, Einstein Fellow, Topoi, Berlin (2010-14)

Title: Mathematics and Culture in Ancient Greece: Poetry, and Pythagoreanism

Blessed Pythagoras, Heliconian scion of the Muses, answer my question: How many in thy house are engaged in the contest for wisdom performing excellently?

Abstract: When we think of mathematics in ancient Greece, a number of famous individuals immediately come to mind: Euclid, Archimedes, Apollonius of Perga. Before all of these was Pythagoras, known in antiquity not only for his mathematics, but also for his ethical teachings; he was also associated with miracles. He was, for some, an important religious figure; he was, and still is, a heroic figure in the history of mathematical thinking. Of course, the theorem known as ‘Pythagorean’ bears his name, but he was also renowned for a fascination with number itself, a fascination which we find in other cultures as well.

The quotation above is from the first poem in Book 14 of The Greek Anthology, a vast collection of ancient epigrammatic poetry; Book 14 contains more than forty poems which are mathematical problems. That mathematics was a subject of Greek poetry may be surprising, especially because a particular style of text, in a systematic format, is often seen as the hallmark of Greek mathematics. Indeed, the ideal mathematical text is often described as the rigorously deductive proof, utilising theorems based on definitions, axioms and postulates, and aiming for abstraction and generality. The arithmetical poems in The Greek Anthology are very un-abstract and non-general, specifying particular objects and individuals to be counted and calculated.

Why did those who composed and collected these poems choose to communicate mathematics in this way? My answers point to wider features of ancient Greek culture, including a fascination with number, pleasure in riddling, and the competitive culture of the symposia, in which these mathematical problem poems were likely performed. Aspects of the ancient Greek culture in which mathematics was celebrated resonated with others, including Jewish culture, in antiquity and later. The fascination with numbers—and what they could do—that blossomed in ancient Greece also had powerful appeal to some Jewish thinkers; Pythagoras himself was brought into ancient Jewish accounts of the historical development of philosophy and ethical practices.


17:00 Exhibition opening The opening will be accompanied by a musical program.

We kindly ask you to register in advance. The event is free of charge.


Acknowledgement
The organizers would like to thank all sponsors and partners for their support! 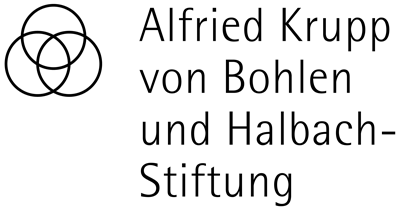 The Alfried Krupp von Bohlen und Halbach-Stiftung contributes largely to presentation of the exhibition in Berlin during the 7ECM.


Further contributor to this project are: